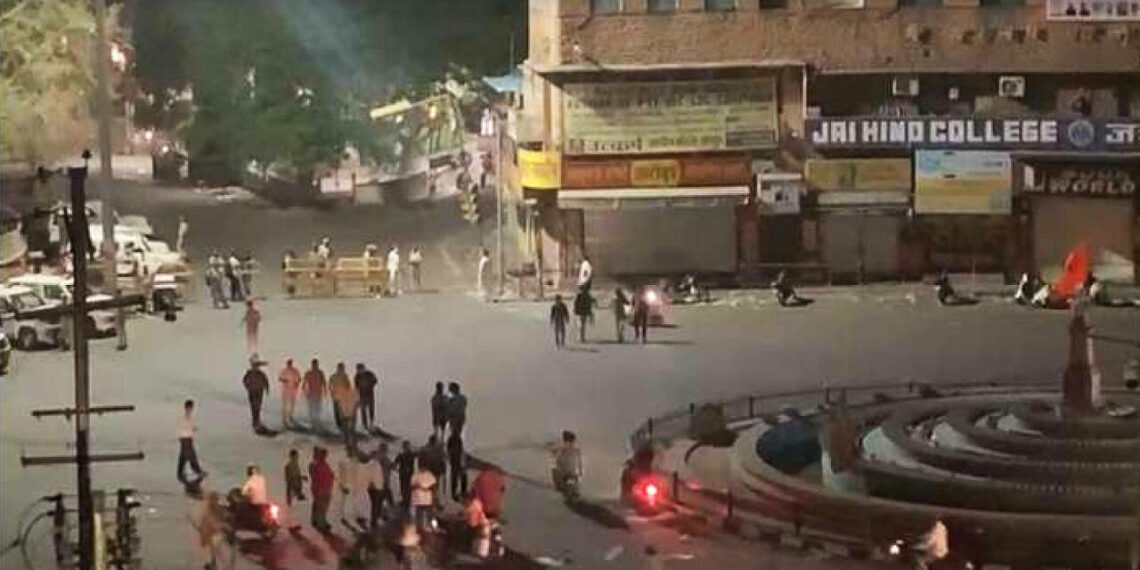 Jodhpur. Mobile internet services were suspended following communal tensions in Jodhpur hours before Eid on Tuesday. Curfew has been imposed in 10 police station areas of the city. The chief minister has appealed to people to maintain peace and harmony.

The tensions broke out past midnight over the issue of putting up Islamic flags on the Jalori gate circle, which led to stone pelting in which five policemen were injured.

The situation was brought under control in the early hours on Tuesday with heavy deployment of police but the tensions escalated again in the morning after prayers at an Eidgah. Shops, vehicles and houses were pelted with stones near the Jalori gate area.

As per reports, members of the community were installing Eid flags and they put up a flag on a roundabout alongside the statue of freedom fighter Balmukund Bissa. This led to a confrontation as members of the community alleged that a saffron flag, which they had put up there ahead of Parshuram Jayanti, had gone missing. The issue snowballed into stone-pelting and clashes, officials said.

Police rushed to the spot to control the situation during which five policemen were injured. Police had to lob tear gas shells to disperse the mob. Mobile internet services were suspended in the area to check the spread of rumours, the officials said.