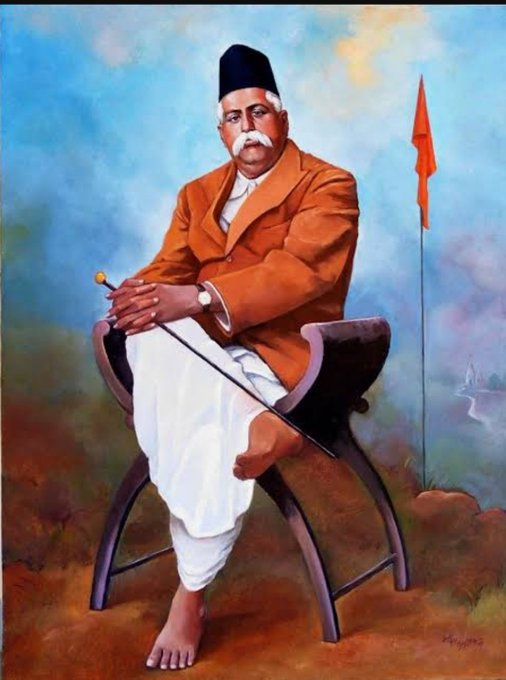 The Sangh sansthapak Dr. Hedgewar had three unshakeable views on nation-building – firstly, while one should be prepared to die for the nation should need arise, what is more important is to live for the nation; secondly, the nation’s salvation lies not in seasonal but rather in enduring patriotism; and thirdly, nation-building can be achieved only through the tortuous and time-consuming path of man-making. Coming from a person who stressed on the permanent rather than on the transient, it may seem confounding that Hedgewar should relinquish charge of his nascent organization to plunge into a short-term agitation such as the Forest Satyagrah. He relinquished the post of the Sarsanghchalak on 12 July 1930. His twelve-member team of satyagrahis included Vithal Deo, Govind Sitaram alias Dadarao Parmarth, Purushottam Diwakar alias Babasaheb Dhaole (all from Nagpur), Hari Krishna alias Appaji Joshi (Wardha District Sanghachalak), Ramkrishna Bhargav alias Bhaiyyaji Kumbalwar, Tryambak Deshpande (Sanghachalak of Salodfakir dist. Wardha), Narayan Gopal alias Nanaji Deshpande (Sanghachalak of Arvi dist. Wardha), Anand Ambade, Rajeshwar Govind alias Babaji Vekhande, Gharote and Palewar.

Send-off to the satyagrahis

The team of satyagrahis led by Hedgewar left Nagpur for Pusad (dist.Yavatmal) on 14 July 1930. Around 200 to 300 people had assembled at the railway station to see them off. After being insisted upon, Hedgewar spoke briefly thus, “Do not harbor the misconception that the present struggle alone is the last battle for freedom or that alone will fetch you freedom. The true battle is to be fought ahead, so be prepared to sacrifice everything and plunge into that. The reason that we and others as well are taking part in this struggle is that I have faith that it will put us a step forward on the path to freedom.” Amidst cries of Vande Mataram, the train left for Wardha. The Sangh was given a holiday that evening.

On 15 July, Hedgewar and his team were felicitated at the Ram Mandir, Wardha. They were led in a procession to Wardha railway station. After being felicitated onwards at Pulgaon, Dhamangaon and other places, the team reached Pusad (dist. Yavatmal).

The President of the Berar War Council G.G. Bhojraj was arrested on 17 July. A meeting to congratulate him and Gangadhar alias Anna Hivarkar was held under the Presidentship of Adv. Damle. The meeting passed resolutions condemning the recent ‘Unauthorised News Sheets Ordinance’ and the Government order terming the Congress Working Committee as an illegal body. The meeting was addressed by Hedgewar and Appaji Joshi (K.K.Chaudhary, ed. Source Material for a History of Freedom Movement, Civil Disobedience Movement, April-September 1930, Vol. XI, Gazetteers Department, Government of Maharashtra, Bombay, 1990, p. 997).

Laxman K. Oak presided over a meeting of about 4,000 persons held on 19 July. The speakers were T. S. Bapat, Sadashiv Hanmant Ballal, D. M. Damle of Yavatmal and others. Speaking on behalf of the Yavatmal District War Council, Bapat announced that no further satyagrah would be offered at Pusad, and that operations would begin instead at a place four miles from Yavatmal on the Dhamangaon road from 21 July and would continue for 21 days. He further declared that Hedgewar would lead the first batch of volunteers (Chaudhary, p. 998).

Hedgewar and his eleven fellow-satyagrahis were arrested for violating the Forest Act in a forest near Yavatmal. The Kesari describes the incident thus, “The Civil Disobedience in Yavatmal started on 21st. Hedgewar, Dhaole and others from Nagpur who had come prepared to join Dr. Moonje’s team formed their separate twelve-member team and breached the law on the first day. As this place was larger than Pusad, a crowd of ten to twelve thousand people had gathered on the place. This place is four miles and two furlongs away at a foothill. As there are hills all around and greenery everywhere, the natural beauty of the shasyashyamal land (dark fields) was enchanting. Children aged five years, men and women aged 75 years and several women carrying infants on their shoulders had come on foot to this holy place. When Dr. Hedgewar breached the law with his eleven-member team, the entire forest reverberated with shouts of Mahatma Gandhi ki jai! Swatantrata Devi ki jai! The hero who breached the law was arrested as he came on the road. Their trial was carried out in a prison room. Dr. Hedgewar was charged under Sections 117 and 279 and awarded three and six months’ rigorous imprisonment thus totaling nine months. The eleven volunteers were awarded four months rigorous imprisonment each under Section 379. All of them were promptly taken to Akola Jail” (Kesari, 26 July 1930). 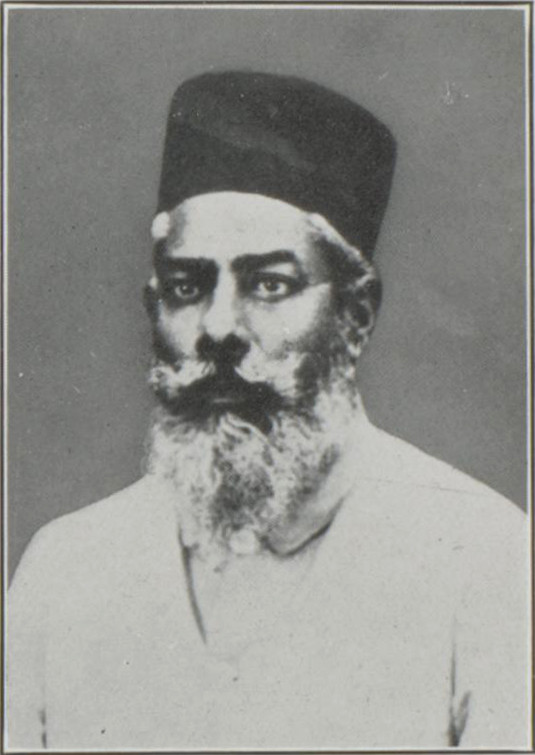 On the evening of Hedgewar’s arrest, a meeting of Sangh swayamsevaks was held. Umakant Keshav alias Babasaheb Apte spoke on the occasion. At 10.30 pm came the telegram in the office of Maharashtra bi-weekly that Hedgewar had been awarded nine months’ while the others had been awarded four months’ rigorous imprisonment. On 22 July, a complete hartal was observed in Nagpur over the arrest of these satyagrahis at Yavatmal as well as arrest of Dr. Narayan Bhaskar Khare, Punamchand Ranka, Babasaheb Deshmukh, Dharmadhikari (all office-bearers of Marathi C.P. War Council) in Nagpur. With the exception of Anjuman Islam school, all schools and colleges were vacated. Mills were closed. In the afternoon, students formed a procession under the auspices of the Students’ Union. This terminated in a public meeting under the Presidentship of Dr. Moonje at the Congress Park in Craddock Town. Resolutions were passed congratulating the arrested leaders and recognizing the authority of the Students’ Union. At 4-30 p.m. Ganpatrao Tikekar, the new President of the War Council, P. K Salve, Chhaganlal Bharuka, G. D. Dhaole, R. S. Ruikar, Nandagaoli, Sarsenapati of the Sangh Martand Parshuram Jog and Anusaya Kale led out a mass protest procession (Chaudhary, p.994).

In the evening, a meeting of Sangh swayamsevaks, prominent citizens of Nagpur and other students was held at the Sanghasthan to congratulate Hedgewar and his team of satyagrahis. After the prayer, Sarsanghchalak Dr. Paranjpe and Dr. Moonje gave speeches. At night, a meeting was held at Chitnavis Park to protest the arrest of the leaders of the C.P. War Council. The sentences awarded to Hedgewar and Dhaole were announced to those assembled. The Physical Training in-charge of the Sangh Anant Ganesh alias Anna Sohoni was present along with 250 Sangh swayamsevaks.

Hedgewar’s arrest did not halt Sangh work. From 23 July, regular shakhas of the Sangh resumed. The daily attendance exceeded 100.

On the evening of 24 July, a team of twenty-four satyagrahis under the leadership of the new President of Marathi C.P. War Council Ganpatrao Tikekar left Nagpur for Talegaon (Tal. Ashti Dist. Wardha). Among the satyagrahis were two Sangh swayamsevaks Rambhau Vakhre and Vithalrao Gadge. They were garlanded by Bhandara sah sanghchalak (Deputy Sanghachalak) Karmaveer Pathak on behalf of the Sangh. Felicitating these swayamsevaks, Pathak said, “The Sangh has taken birth to revive Bharatiya civilization and to meet its political objective, the Sangh will cooperate with any organization that has been started to secure freedom”

Even as he was taken prisoner by railway from Yavatmal to Akola, Hedgewar was felicitated at multiple places and slogans were raised in his support. Bowing to the wishes of the assembled people, he spoke for around five minutes at every station.  The train reached Darvha which was a large station between Yavatmal and Murtijapur. A dais had been erected on the railway platform and elaborate arrangements had been made for Hedgewar’s welcome. A crowd of 700 to 1000 people had assembled. Till Darvha, Hedgewar would stand at the door of the train carriage and respond to the greeting crowds at each station.

At Darvha, he alighted from the train and spoke for around 15-20 minutes from the dais. The train had halted for a longer time. The guard, Sub-Inspector and Station-Master became restless. People started placing food packets in the train compartment. The train left Darvha railway station. Appaji Joshi who was present with Hedgewar describes an incident which occurred soon after.

Dr. Hedgewar was famous for their temper that was known to erupt at the slightest injustice. Hedgewar had inherited this attribute but over the years, he had mastered his temper in the interests of his organization. Now, this latent temper burst forth when his self-respect was wounded. Appaji’s description follows – “Ram Singh, get out the handcuffs” said the 27year-old Sub-Inspector to the constable as the train left Darvha.

To this, Hedgewar said, “Why the handcuffs?”

“What can I do? The DSP called me and I am doing this as I am his subordinate.”

“If this was the DSP’s wish, handcuffs could have been put from the time we offered satyagrah but as you can see, he did not ask for handcuffs to be used.”

“But those are the orders now”, said the Sub-Inspector. This was patently false.

“This is not the first imprisonment. We have offered satyagrah on our own volition. We are not ones to run away. Do not even try to put handcuffs.” The Sub-Inspector was in no mood to pay heed to Hedgewar’s remark. He said, “Ram Singh, why don’t you take out the handcuffs?”

To this, Hedgewar sharply said, “You do not seem to appreciate a request.” The steely words unsettled the Sub-Inspector. Hedgewar continued, “You don’t seem to know who I am. You seem to be hell-bent on putting handcuffs. In that case, I too will have to show my resolve”.

“That means you will not allow me to put handcuffs?”

Doctor was enraged. I had never seen him so enraged. He said, “Let us see how you put handcuffs! If you act smart, I shall throw you out of the train compartment. At the most, you will foist a second case. But while observing satyagrah we had hardly expected that we would be awarded nine months. We will get eighteen months instead of nine months. So let us see how you put handcuffs.”

Doctor’s wrathful disposition further confused the old Ram Singh and the other constables. Sizing up the situation, Appaji stepped forward and said, “As you are new, you do not seem to be aware of Doctor’s position in this Province and how the Government treats him. It is false that the DSP has issued orders. You seem to be angry due the felicitations that happened at different locations. But do not attempt this. If you think that the DSP is a Muslim and can be pleased, that too is misplaced. Put handcuffs and you will realize the relations between Doctor and the DSP once you get admonished by the latter. Are we ones to run away?”

The accompanying constables concurred with Appaji and tried to make the Sub-Inspector see reason. The Sub-Inspector’s bravado had vanished by now. He sheepishly said, “I am a poor man. You get off at different stations. If anyone amongst you runs away, I shall get into trouble!” To this, Appaji said, “If we had wanted to flee, could we have not done so till now! Do not worry. Be sure that you will get credit for transporting the twelve of us safely to prison.”

The Sub-Inspector seemed to see reason. The commotion subsided. Doctor chuckled, “Are you convinced? Appaji was destined to get the credit for the conciliation. That is why you were not convinced when I tried.” Everyone laughed heartily. Everyone in the compartment including the Sub-Inspector partook of the food in the compartment. We reached Murtijapur at ten in the night. From there, we changed train and reached Akola at half past midnight. We were transported by lorry to jail. All of us were stuffed in one room (Sangh archives, Hedgewar papers, Nana Palkar\Hedgewar notes – 5 5_115-119).

Hedgewar’s stint in Akola Jail had started. It was to continue till 14 February 1931. Hedgewar courted imprisonment for taking part in the Forest Satyagraha. What were the other Sangh swayamsevaks doing during this period? That requires another article.